On October 31, 1517, Martin Luther nailed his infamous 95 Theses to the door at a church in Wittenberg, Germany, signifying his break from the Catholic Church, and paving the way for like-minded protestors. 499 years have since elapsed. Disunity among Christians remains a scandal and an affront to the prayer of Jesus that the people, "may be one." (cf. John 17:11-26)

In the modern era of social media, we see today the hashtag #ReformationDay posted in a strictly celebratory manner. From one perspective, it is a strange, even perverse, celebration, that Christians on either side of this divide find cause to rejoice for disunity. In fact, one could argue Martin Luther himself would have taken offense at the celebration.

Eight years after the incident at Wittenberg, Luther lamented how competing teachers of the faith fancied themselves the more authoritative than he, when he wrote: "There is not one of them that does not think himself more learned than Luther." Again, he bemoaned: "[T]here are almost as many sects and beliefs as there are heads." If we look at his 1525 letter to Antwerp, we see these regrets and more. He believed he had escaped devils in the Catholic Church, yet discovered that "a stronger" devil had prevailed:


We believed, during the reign of the pope, that the spirits which make a noise and disturbance in the night, were those of the souls of men, who, after death, return and wander about in expiation of their sins. This error, thank God, has been discovered by the Gospel, and it is known at present, that they are not the souls of men, but nothing else than those malicious devils who used to deceive men by false answers. It is they that have brought so much idolatry into the world.

The devil seeing that this sort of disturbances could not last, has devised a new one; and begins to rage in his members, I mean in the ungodly, through whom he makes his way in all sorts of chimerial follies and extravagant doctrines. This won't have baptism, that denies the efficacy of the Lord's supper; a third puts a world between this and the last judgment; others teach that Jesus Christ is not God; some say this, others that; and there are almost as many sects and beliefs as there are heads.

I must cite one instance, by way of exemplification, for I have plenty to do with these sort of spirits. There is not one of them that does not think himself more learned than Luther; they all try to win their spurs against me; and would to heaven that they were all such as they think themselves, and that I were nothing! The one of whom I speak assured me, amongst other things, that he was sent to me by the God of heaven and earth, and talked most magnificently, but the clown peeped through all. At last, he ordered me to read the books of Moses. I asked for a sign in confirmation of this order, "It is," said he, "written in the gospel of St. John." By this time I had heard enough, and I told him to come again, for that we should not have time, just now, to read the books of Moses...

I have plenty to do in the course of the year with these poor people: the devil could not have found a better pretext for tormenting me. As yet the world had been full of those clamorous spirits without bodies, who oppressed the souls of men; now they have bodies, and give themselves out for living angels...

When the pope reigned we heard nothing of these troubles. The strong one (the devil) was in peace in his fortress; but now that a stronger one than he is come, and prevails against him and drives him out, as the Gospel says, he storms and comes forth with noise and fury.

Below is a card of the above Luther quote, suitable for sharing on social media. 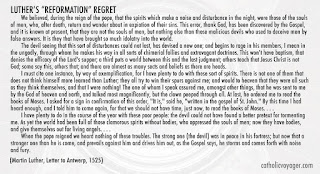 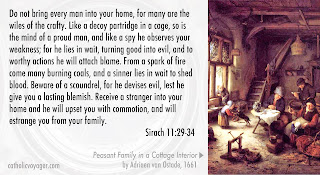 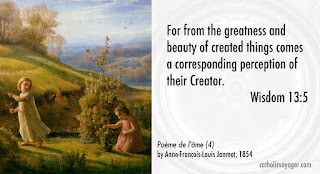 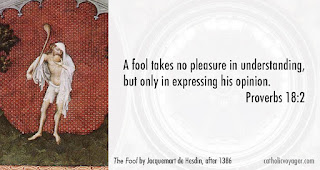