How Colorado unwittingly sided with Masterpiece Cakeshop in the SCOTUS hearing

A quick summary of the case is that a gay couple in 2012 wanted Masterpiece Cakeshop to make them a rainbow-filled custom cake in celebration of their gay "wedding." Shop owner Jack Phillips is a religious man opposed to the concept of gay "marriage" and so chose not to affiliate his cake artistry in celebration of a gay "wedding" ceremony. Attorneys for Masterpiece argued that free speech protects their client from being compelled to make speech—in this case the artistic expression of a custom cake—contrary to his beliefs. 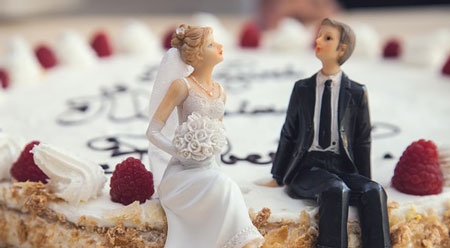 There are many facets to this case and the December 5 SCOTUS hearing worth discussing, including free speech, what verdicts should be rendered, or what laws might be best in a free market. But the purpose of this blog post is to focus on the apparently inadvertent concession made by CCRC.

In the middle of the hearing, an exchange took place between Justices Alito and Sotomayor and Frederick Yarger, solicitor general on behalf of CCRC.


YARGER: Mr. Phillips would not be required to sell a cake to a gay couple that he wouldn't sell to his other customers.


JUSTICE ALITO: Mr. Phillips would not— do you disagree with the fact that he would not sell to anybody a wedding cake that expresses approval of same-sex marriage?

Yarger does not answer the question directly but admits his case requires the presence of discrimination based on the identity of the customer:


YARGER: What he may not do as a public accommodation that offers to the public ... is decide that he won't sell somebody a product that he would otherwise sell because in his view the identity of the customer changes the message.

JUSTICE ALITO: No, he didn't say the identity. He said the message.

Yarger then repeated the parameter which would unravel his own case if true:

In these words, Yarger has conceded his own position. Both Justices Alito and Sotomayor asked if it was okay if a business refused to sell even a heterosexual couple the same cake for the same purpose. Alito even referred to it as "fact" that Phillips would not serve to anyone a cake celebrating a gay "marriage." Thus, Yarger cannot say the refusal of service was based on the identity of the customer.

To look at it another way, if a heterosexual couple entered the store to buy a cake, the heterosexual couple would be the customer. If that heterosexual customer wanted a rainbow cake to bring to a gay "wedding," Mr. Phillips would have refused. The sexual orientation of the customer is not a determining factor in producing the cake in question. The customer could be gay or straight, and the business owner would refuse either way. Therefore, CCRC cannot argue that Masterpiece would sell the same product to one identity but not another. CCRC, by the admission of their own counsel, have no case.


JUSTICE ALITO: So if someone came in and said: I want a cake for— to celebrate our wedding anniversary, and I want it to say November 9, the best day in history, okay, sells them the cake. Somebody else comes in, wants exactly the same words on the cake, he says: Oh, is this your anniversary? He says: No, we're going to have a party to celebrate Kristallnacht. He would have to do that?

Notice what Alito did here. He came up with a scenario that 1) excludes the identity of the customers; 2) features the identical product for both customers; and 3) features a different purpose for the product. Yarger is thus forced to ignore the identity of the customer or any features of the product. Yarger is forced to address whether the purpose of the cake is a viable reason for refusing service. And, once again, he concedes exactly that:


MR. YARGER: Your Honor, that wouldn't be—

Phillips has additional precedent because he has knowingly served multiple gay customers in the past. Their identity cannot reasonably be said to be a factor if Masterpiece only refuses service to those customers—and customers of other identities—for the same type of event. Clearly, the event—in this case the celebration of a gay "wedding"—is the catalyst in refusing service, not the identity of the customer. Phillips has also refused service for a variety of other messages independent of the customer's identity, including refusing to make Halloween cakes, divorce cakes, and even cakes that have anti-gay messages on them.

Because customer identity is not a determining factor in this case nor in the hypotheticals posited by the Justices quoted above, CCRC has no case by their own unwitting admission.