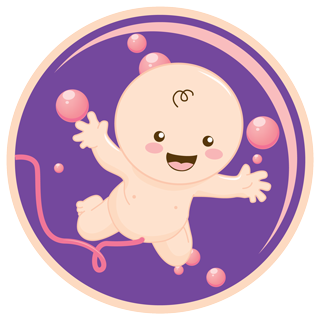 THE VIABILITY ARGUMENT
The "viability" argument goes something like this: "A fetus can't survive on its own outside the womb, therefore, it's not a fully developed human." Therefore, says the Planned Parenthood supporter, abortion is morally acceptable.

For example, we see this from among Planned Parenthood's Arizona advocates, one of whom writes that a woman has the "right not to be forced to give birth and choosing not to carry a non-viable, non human being..."

With the scandal of Planned Parenthood having been caught on film negotiating the sale of infant body parts, such supporters of the organization are perhaps finding themselves having to seek refuge in such shelters as the "viability" argument. (By the way, you can keep abreast of the Center for Medical Progress and David Daleiden's legal battle surrounding Planned Parenthood at Life Legal Defense Foundation.)

So what's wrong with the viability argument?
THE SUPREME COURT ARGUMENT
The Supreme Court argument goes something like this: "The Supreme Court determined that a fetus isn't a human being." Thus, says the PP supporter, abortion is morally acceptable.

For example, we see this implied by NARAL Wisconsin, outlining what it believes to be good arguments to tell pro-lifers, including the following statements (emphasis mine): "The Supreme Court has said and I believe that legal personhood begins with birth" and "Embryos are a cluster of cells with the potential to develop into a human life if implanted into a woman's womb and brought to term."

So what's wrong with the Supreme Court argument?
CONCLUSIONS
It's not difficult to refute arguments built on shaky ground as we can see here. It may be a bigger challenge simply to find a mind willing to permit his/her views to pass scrutiny.

Regarding the matter of abortion, I would suggest the discussion must always be founded on whether or not that which is in the womb is a human life. Biological arguments are effective here. It is no secret that the when a zygote is formed at conception, the baby has a unique DNA, distinct from the mother. Even the government admits this:


The zygote contains all of the genetic information (DNA) needed to become a baby. Half the DNA comes from the mother's egg and half from the father's sperm. Fetal Development, U.S. National Library of Medicine, 2013) (see more references at Life begins at conception, science teaches, Live Action News)

The NLM is ironically part of the U.S. Department of Health and Human Services––the government entity that admitted oral contraceptives increase cancer risk in women. And here it admits the unique DNA identity of the enwombed infant from conception.

Building on the science from a philosophical perspective, we can observe the beginning of the life process with the merger of the egg and sperm (the zygote). And we can observe continuity from that stage until a person passes away. To assign human life's beginning at some other point along the empirical timeline inevitably proves arbitrary, inconsistent, and fails scrutiny. For some examples of these flawed arguments here at TCV, see Replies to Planned Parenthood arguments or Notre Dame professor's flawed argument for abortion.
Posted by The Catholic Voyager at 8:33 PM No comments: