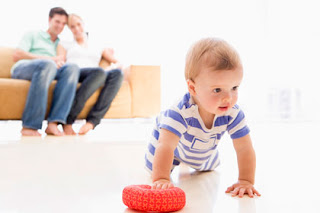 Recently, the Center for Medical Progress revealed undercover videos taken with Planned Parenthood executives and personnel revealing that the abortion-provider commonly sells baby body parts, allegedly for profit, and in potential violation of various laws. Since covered here on TCV, the Center has released more videos and has announced the release of more in the future. Evidence continues to mount that PP has been involved in trafficking baby body parts for much profit in some cases.

It should be noted, for the purpose of this thought exercise, the aborted victims, many of whose hearts, livers, brains, etc. were sold, will be considered human beings. Lest this article itself be accused of the fallacy of a False Premise, I welcome anyone to confront the question of when life begins and what rational basis can be used to identify that beginning (further reading: Human Personhood Begins at Conception by Dr. Peter Kreeft).

From radio, to the web, to social media, I have heard several common reactions to this PP scandal by PP supporters. Following are paraphrases of four arguments made in support of PP and responses to those arguments.

Studying aborted fetuses leads to cures for diseases, therefore it is a good endeavor.

Planned Parenthood does a lot of good. If they were to close, we would lose all that good. Therefore, they should be left alone.
Planned Parenthood must be allowed to continue aborting babies because otherwise who will take care of all these children? There aren't enough adopters and we don't have money to put all these kids in orphanages.
The undercover videos are illegal!

It shall not be unlawful under this chapter for a person not acting under color of law to intercept a wire, oral, or electronic communication where such person is a party to the communication or where one of the parties to the communication has given prior consent to such interception unless such communication is intercepted for the purpose of committing any criminal or tortious act in violation of the Constitution or laws of the United States or of any State. (18 U.S. Code § 2511)

To me, this suggests a real possibility that the recordings were federally legal since the undercover parties were aware of the recording.

Posted by The Catholic Voyager at 9:37 PM