Misinformation on Creationism and Evolution

The Osgood File is a mini radio show played on some radio stations throughout the nation. On August 23, 2012, the host, Charles Osgood, reported on Autism risk as it related to the father's age of the child. You can read the whole thing here if you're interested in the Autism study.

One of the parts that caught my ear was the following of Osgood's statement:


...most mutations are benign. And in fact, they're the essential engine of evolution - or, evidence of the Hand of God, if you're a creationist. It's the way that organisms change over time.

Truth be told, not all Creationists must be anti-evolution. In fact, such believers aren't even a rare exception. And Osgood did not qualify his statement.

Although evolution is a matter of science and not theology, the idea is not incompatible with Catholic theology as long as it does not attempt to eliminate God from the ensoulment of humans. For example:


Taking into account the state of scientific research at the time as well as of the requirements of theology, the encyclical Humani Generis considered the doctrine of "evolutionism" a serious hypothesis, worthy of investigation and in-depth study equal to that of the opposing hypothesis. Pius XII added two methodological conditions: that this opinion should not be adopted as though it were a certain, proven doctrine and as though one could totally prescind from revelation with regard to the questions it raises. He also spelled out the condition on which this opinion would be compatible with the Christian faith, a point to which I will return. (Pope John Paul II, Truth Cannot Contradict Truth, 1996) 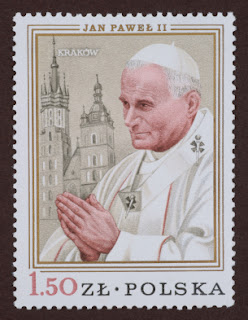 
Pius XII stressed this essential point: If the human body take its origin from pre-existent living matter, the spiritual soul is immediately created by God ("animas enim a Deo immediate creari catholica fides nos retinere iubei"; "Humani Generis," 36). Consequently, theories of evolution which, in accordance with the philosophies inspiring them, consider the spirit as emerging from the forces of living matter or as a mere epiphenomenon of this matter, are incompatible with the truth about man. Nor are they able to ground the dignity of the person.

So essentially, evolution is not incompatible with the faith, so long as it does not claim to interfere with the theological matter of the soul––a matter outside the bounds of science.

One of the pertinent statements in Pius XII's Humani Generis reads as follows:


[T]he Teaching Authority of the Church does not forbid that...research and discussions...take place with regard to the doctrine of evolution, in as far as it inquires into the origin of the human body as coming from pre-existent and living matter -- for the Catholic faith obliges us to hold that souls are immediately created by God. (Pope Pius XII, Humani Generis, #36, 1950)

It is thus not a matter of religion being opposed to science. Even in 1950, when scientists were less clear on evolution, Pius XII specifically welcomed research on evolution. He then referenced the matter of "Catholic faith" which teaches that God creates the soul.