The subtitle of the 2018 film Gosnell is "The Untold Story of America's Most Prolific Serial Killer." This is more than just a description of someone who took multiple lives. When one compares some of the common psychological and other characteristics of serial killers and supporters of abortion, one finds ominous parallels.


Compartmentalization is aided by another universal process: the capacity of human beings to dehumanize “the other” by regarding outsiders as animals or demons who are therefore expendable. Serial killers have taken advantage of this process in the selection of their victims: They often view prostitutes as mere sex machines, gays as AIDS carriers, nursing home patients as vegetables, and homeless alcoholics as nothing more than trash. By regarding their victims as subhuman elements of society, the killers can delude themselves into believing that they are doing something positive rather than negative. They are, in their minds, ridding the world of filth and evil. (Serial Murder and the Psychology of Violent Crimes, 2008)

Dehumanization of victims was something the writers of the 1991 film The Silence of the Lambs incorporated into the character of the killer, who was based on several real serial killers, when he referred to his victims as "it."

Likewise, proponents of abortion avoid confronting the humanity of the enwombed victim. As made well-known by the 2019 film Unplanned, when the enwombed infant is dismembered, he/she is "reassembled" for inventory in a room referencing not "human" remains, but rather, "products of conception."

A defender of her days as an abortion counselor declared, "fetuses are not people," and "It is not a baby. It is medical waste." and


While it was shaped like a baby, what I was looking at was not a person. It was a fetus. A fetus my patient had chosen not to make into a baby." (Rewire News)

Activists at abortion rallies have been seen with signage referring to the enwombed as "parasites," paralleling the serial killer's reframing of their victims as some type of "filth and evil."

EUPHEMISMS
Related to dehumanization is euphemistic language. I reviewed a number of other euphemisms used by supporters of abortion in my review of Unplanned. Though euphemisms are common to political issues of all sorts, these are specifically designed to avoid confronting the humanity of the victim. Not one of the abortion industry's euphemisms, such as:
or a host of other diversionary terms directly confront the humanity of the enwombed.

Notice also how referring to the baby as "waste" and abortion as "healthcare" aligns with the serial killer's delusion that he is "ridding the world of filth and evil."

In March, Georgia House member Stacey Abrams used the euphemism "forced pregnancy" to describe a bill against abortion. Notice how the term avoids the humanity of the victim, as does the language of the serial killer. Diverting the matter to a "pregnancy," something the mother undergoes, or calling abortion "healthcare," etc., is to use "sanitizing language," which makes the idea of abortion more easily digestible for its proponents. (And, nevermind that the women in question are already pregnant. Saying "forced pregnancy" is like saying that the prohibition of all murder is "forced parenthood" to the victim's parents.)

Kermit Gosnell, the now-imprisoned abortionist featured in the 2018 Gosnell film, said in the 1960s, he pushed for "the liberalization of the performance of therapeutic abortions." He likewise touted  his work in abortion, saying, "I provide the same care I would want my daughter to receive and I feel I fulfill that standard." And, a reporter quoted him as saying, "my work to the community is of value."

Like the attitude of the serial killer thinking he is "doing something positive," phrases that describe abortion as "healthcare," or as "therapeutic," or as opposition to "forced pregnancy," are all euphemisms designed to delude one to believe he is committing some act of heroism by killing the enwombed.


[D]epersonalization of the body...refers to actions taken to obscure the identity of the victim, as through mutilation or covering of the face. (Handbook of Psychological Approaches with Violent Offenders, 1999)

However, in cases of sexual or lust murder, the victim's face may be covered in order to dehumanize or depersonalize the victim. (Serial Murder and the Psychology of Violent Crimes, 2008)

The notorious "Jack the Ripper" was famously known to target faces in his attacks, especially disfiguring the faces of his last two victims. 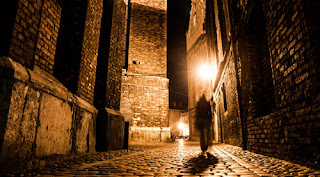 This aversion to ultrasounds is confirmed by former employees. For example, ex-Planned Parenthood worker Patricia Sandoval described how she was taught the following:


So the most important thing here [at Planned Parenthood] is that when we do the ultrasounds before their abortions, you never ever let the woman see the screen. If she wants to see that ultrasound, that screen has to face the doctor, never the patient. I don’t care if she cries. I don't care if she’s screaming. [She] never sees that ultrasound. (Patricia Sandoval - Testimony on Abortion)

The ACLU also fights regularly against women seeing their ultrasounds prior to abortion.

Pro-life campaigns like "Face the Truth", which show photos of aborted babies to the public, have likewise been met with hostility by abortion supporters. It is another attempt to conceal the identity of the victim.

Among serial killers and pro-abortionists, there exists a psychology that avoids looking upon the victim.

SELLING THE BODIES FOR SCIENCE
Selling the bodies and body parts of victims is more common among abortionists, but known to happen among serial killers. We learned of the abortion industry's body part sales in recent years via first-hand video conducted by the Center for Medical Progress. In harmony with the serial killer's delusion that they are "doing something positive" when killing, we see another mental justification used by abortionists—that the body parts will go toward medical studies. Consider the following serial killer cases involving sale of body parts and using victims for medical study.
CONCLUSIONS
The preceding parallels are not merely ordinary characteristics native to ordinary folk. The characteristics described are, in a sense, essential to the psychological justifications of both serial killers and pro-abortionists.

For those whose hearts may be stung by the pain of abortion, there are many resources available, such as at AbbyJohnson, LiveAction, or Waterleaf.
Posted by The Catholic Voyager at 7:42 PM