"Birth Control" is not medicine

On October 13, 2017, the federal government issued an interim rule which exempts religious entities from paying for objectionable services as part of their insurance plans. These include:


(FDA)-approved contraceptive methods, sterilization procedures ... [including] certain drugs and devices that may not only prevent conception (fertilization), but may also prevent implantation of an embryo ... that many persons and organizations believe are abortifacient.

See here for several prior TCV blog posts about this issue. 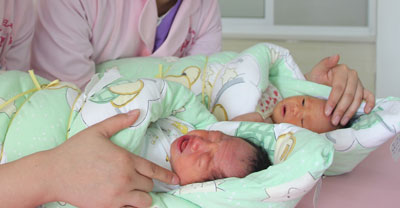 WHAT IS MEDICINE?
Responding to this interim rule, Hillary Clinton tweeted: "Rolling back no-copay birth control shows a blatant disregard for medicine, science, & every woman's right to make her own health decisions."

Planned Parenthood, which is pacing at about 300,000 abortion victims per year, also responded. Their president, Cecile Richards, issued a statement saying exemptions for "birth control coverage" are an "attack on basic health care."

Many other celebrities and non-celebrities upset by the rule echoed similar sentiments.

Birth control is not medicine. In fact, birth control's end goal is to cause a properly functioning body to malfunction.

One might try to argue something like anesthesia is not medicine, since, for example, it temporarily causes the patient the inability to feel—a malfunction of the body. However, this is only done as part of a larger goal of correcting the body. Body malfunction is not the end goal of using anesthesia. Something like an incision is similar. The ultimate goal isn't to scar a patient, but it can be necessary to ultimately treat the affliction. Contrary to these, the end goal of birth control is body malfunction.

In the case of oral contraceptives, an otherwise properly functioning ovulation cycle is stifled. Other oral contraceptives thicken an otherwise fertile uterine wall, preventing implantation of a zygote, thus killing it. Generally speaking, these are all forms of sterilization—which is a field of disease in itself. This is the product we are told must be covered by medical insurance. Forget for a moment any religious beliefs behind objections to the original mandate. Requiring insurance coverage of birth control can be opposed on medical grounds alone—specifically that birth control is not medicine.

In the earliest stages of this birth control/insurance matter, Cardinal Daniel DiNardo wrote on behalf of the U.S. bishops: "[P]regnancy is not a disease."

In response to this latest rule, Lila Rose, president of Live Action, defended this concept in a tweet:


Abortifacient drugs are the antithesis of "healthcare." Medicine is meant to heal, not kill.

Abortifacient drugs are the antithesis of "healthcare." Medicine is meant to heal, not kill. https://t.co/Xx2XKP3TYp
— Lila Rose (@LilaGraceRose) October 6, 2017

And she is exactly right. Medicine is meant to heal.

WHAT ABOUT OTHER USES FOR CONTRACEPTIVES?
As in 2012, objectors immediately pointed out that some contraceptives can be used to regulate cycles or alleviate pains. However, in such cases, the product would not properly be called "birth control" because the drug is not used to prevent birth. Recall in 2012, Bishop Lori, speaking before congress, explained how the same medications typically used for birth control could possibly have other uses:

Bishop Lori - That would be my understanding also.


Bishop Lori - I think Catholic moral theology is very nuanced. It recognizes that the same drug can operate in different ways and accomplish different things. If it is used to prevent birth, it is against our teaching.

The Bishop's principle can be seen in action, for example, at the University of Notre Dame's human resources page:


[U]nder the university’s plan, you cannot receive reimbursement for oral contraceptives, contraceptive devices or contraceptive implants, except when specifically requested by a physician based on medical necessity and for purposes other than contraception.

Insurance companies have made similar distinctions with other drugs. For example, Finasteride can be used to treat enlarged prostates but also to treat hair loss. The latter is considered cosmetic and insurance companies are not required to cover the drug in such cases.

WHAT ABOUT VIAGRA?
You may have seen in reaction to this latest rule cries that requiring coverage for Viagra is hypocritical or misogynistic. For instance, NARAL, a vocal pro-abortion group, tweeted: "In case you were wondering, bosses can’t “opt out” of paying for Viagra."

I should note, for the purposes of this blog post, I'm not arguing whether or not any drug/treatment should be "required" in medical insurance policies. Certainly there are reasonable discussions that could be had regarding coverage of only major medical expenses or to give market forces a greater voice in shaping insurance policies. The purpose of this post is focused on birth control and the nature of medicine.

OUR LADY'S INVOLVEMENT?
You might have noticed at the beginning that this interim rule was issued on October 13, 2017, the 100th anniversary of the apparition of Our Lady at Fatima and the Miracle of the Sun. One of the central figures in this contraceptive case was the Little Sisters of the Poor who would have incurred severe fines under the original mandate had they not paid for birth control for someone else. Other religious entities faced similar burdens. Many prayers on this matter have occurred over the past 5 years. Participation in birth control, sterilizations, and chemical abortions are clearly a moral offense in the eyes of the faithful. This is why the matter of conscious rights took a prevalent position in this discussion. We saw in a previous TCV article the amazing rescue of Chilean miners on October 13, 2010. Might Our Lady have interceded for the faithful and little ones, to protect their consciences, lives, and souls?
Posted by The Catholic Voyager at 7:29 PM